Dr. Monica is certified in many techniques including Diversified, Thompson Drop, SOT, Activator, Graston, and the Webster Technique specifically designed for pregnant women. She has taken many continuing education courses in pediatric chiropractic which is one of her biggest passions. She is the proud mother of Logan Sanders (see Dr. Monica’s Story). They have two cats. Her family has really enjoyed moving to St. Simons and loves going to the beach whenever they want. She is excited about becoming more and more a part of this wonderful community and really feels like her family has found its home. Chiropractic Palms enjoys getting to know our community and helping them to reach and maintain their health goals.

We’ve been treating patients in Redfern Village on St. Simons Island for over 5 years and specialize in Chiropractic Care, Micro Current Acupuncture, Graston, Massage Therapy, Nutrition and Supplements, as well as additional therapies.

Our Office Manager will greet you in an open, bright and welcoming environment to start and help keep you on the road to well-being.

We enjoy meeting new and returning visitors and are passionate about helping anyone interested in improving their health. We look forward to seeing you! 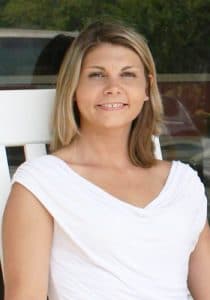 BECAUSE OF MY SON, LOGAN, I AM A CHIROPRACTOR. AND THIS IS OUR STORY.

Logan was born June 19th, 2004. A beautiful baby but he did have some differences that most other children don’t have. He was born with Joubert’s Syndrome, which is a malformation of the vermis (part of the cerebellum) in his brain. His is smaller than the rest of ours. This makes vision, balance, and muscle tone harder for Logan. I didn’t see it right away but as he grew he didn’t meet the regular milestones that babies meet. He didn’t hold my fingers, he didn’t hold his bottle, he didn’t roll over, and he didn’t sit up. At two months I knew something was wrong. This is when we started our long journey to find out what was wrong and what we could do to help him. We went to so many doctors, so many specialists, and even had 4 MRI attempts, which only one was successful. Logan is a trooper no doubt. But the truth is, no one could help us. We got some diagnoses, but nothing solid, and what’s worse, no one could help. They ended up sending us to physical therapists, who did a wonderful job but with limited information they were at a disadvantage.

Then something wonderful happened. My parents went to their chiropractor. And they asked us if we wanted to go along for the ride. Now at this point the only interaction I had had with a chiropractor was once a year before my many sports I played started. I knew about the low back pain and the neck pain help but I wasn’t expecting what I got that day. So….we went, and sat in the waiting room, not expecting anything more than to wait. But the doctor, Dr. Trembley, walked through his waiting room and saw Logan who was now 2 years old and still just like an infant other than his size of course. He stopped and asked me some questions and then asked if it would be alright if he “checked” Logan. I was kind of stunned. But then I thought, well it’s just one more doctor to add to the list, so I said “sure.” Yup, I said sure, not yes but sure.

And so Dr. Trembley took us to a room and sat down beside me while I held Logan. He checked his spine and then asked if he could adjust him. I didn’t hesitate. I said yes and he adjusted Logan’s cervicals (neck) and sacrum (lower spine). Dr. Trembley talked about chiropractic during all of this but I don’t think I was listening just yet. After he was done he asked if he could adjust Logan again. I agreed. I took Logan back to Dr. Trembley twice that week, three adjustments in total and on the third visit Logan, who hadn’t hit any milestones yet, walked out of Dr. Trembley’s office on his own two feet holding onto my hands. Of course I know what this is called….a miracle. And we have never looked back.

That was March 2007 and I was enrolled in Cleveland Chiropractic College in May 2007. I thank Dr. Trembley and Chiropractic everyday. It changed my life, but more importantly it gave my son a completely different one. It did what no one else could and it is my mission to share Logan’s Story so that other people who may be in a similar situation could find help with chiropractic. Chiropractic works with your nervous system which is in charge of EVERY OTHER SYSTEM IN THE BODY and it is simply letting your body do what it already knows how to do, but maybe has run into some problem that can’t let it heal. Chiropractic changed my life, what if it could change yours or your children’s lives. 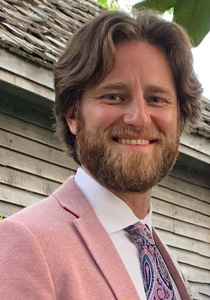 Dr. Dillon first joined The Chiropractic Palms team in 2013 as a new graduate from The Savannah School of Massage Therapy. He worked alongside Dr. Monica and Terri until 2015 when he decided to attend Life University in Marietta, Georgia, and become a chiropractor himself. He is originally from the small southwest town of Preston, Georgia roughly halfway between Columbus and Albany. He attended Georgia Southwestern State University in Americus, Georgia and finished his undergraduate degree in Exercise Science at Life University. He graduated in December of 2019 with his Doctorate degree in Chiropractic and started his career with the Peachtree Rehab Clinics of Greater Atlanta. There he specialized in personal injury cases and did so for just under 2 years before he and his wife, Haley, decided to head back to the coast. The Golden Isles was where he met his wife, got married, and where he first fell in love with the chiropractic profession. He is so happy to be back on island time at The Chiropractic Palms and plans to make the area his permanent residence. Dr. Dillon loves adjusting people of all ages and walks of life and has a passion for helping others reach their healthcare goals. Come meet him!

Ronda, a native of Glynn County, is certified by the International Institute of Reflexology in the Ingham Method of Reflexology (IIR) and has practiced since the early 1990′s. Ronda further specialized her technique with Advanced Reflexology Training (ART).

The IIR method aids in general circulation and healing with thumb/finger application to one foot at a time with lots of relaxing technique. While ART continually moves from one foot to the other working the reflexes systematically.

Ronda combines the practice and philosophy behind each of these techniques to give the patient-client the ultimate in relaxation and detoxification. 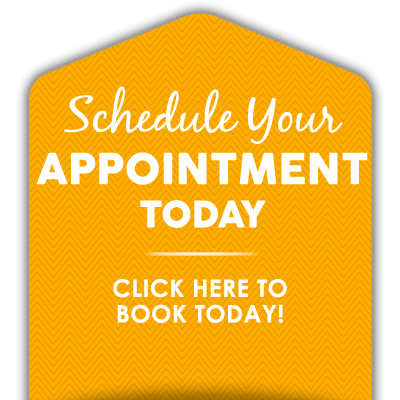